Lifting Up The Serpent

John 3:14 “And as Moses lifted up the serpent, even so must the Son of Man be lifted up.” 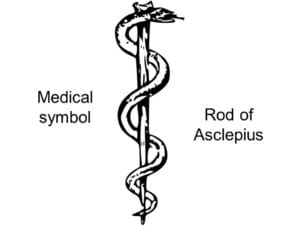 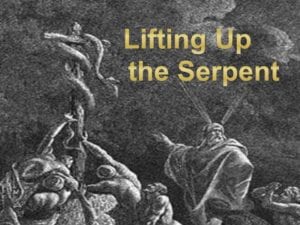 Proverbs 30:18-19 “There be three things which are too wonderful for me....the way of an eagle in the air; the way of a serpent upon a rock…” 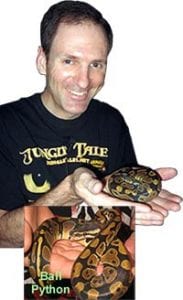 While some snakes kill their prey by wrapping their bodies around a victim and constricting (squeezing) it (e.g. boa constrictors, pythons), other snakes (e.g. rattlesnakes, vipers) use their needle-like fangs to inject poison (venom) into the victim before eating it. There are different types of venom, some which affect the blood while others affect the nervous system. Venom is basically a “tangled up glob” of protein! What if the “tangle” can be untangled or even “corrected” (detoxified)? Two tentative ideas out there regarding this are: 1.) a “biosphere” - device patented by Dr. Carl Baugh of the Creation Evidences Museum in Glen Rose, TX. This intriguing device, yet to be officially published, is based upon the premise that the Biblical Flood catastrophe massively changed the entire earth and its climate. With the premise that a pre-Flood atmosphere would have been drastically different from that of today, such as a higher degree of atmospheric pressure, the evidence has shown that an increase of pressure in this machine (along with other effects) apparently has caused a change in poisonous snake venom! (see photos)

Venom SHOCK treatment?
More anecdotal evidence supports the possibility that electrical shock therapy can change the structure of venom so

that it is no longer poisonous. Mission hospitals in the jungle have found this device very helpful!  In fact, we once asked a missionary to Africa, supported by our church for many years, about this, and he affirmed their use of an electrical shock from a small engine to counteract poisonous snake bite! There is, of course, two sides to this intriguing possibility: click here, here, or here for more on this subject.

What About LARGE snakes? 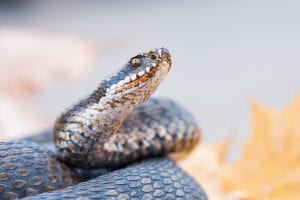 As a whole, reptiles never stop growing. While their growth slows down, they never totally stop. What if there were an environment in the past that had more oxygen than today’s environment, and what if snakes could grow to the size of some of the massive dinosaurs? Given the size of a sauropod’s nostril, the air must have had more oxygen content prior to the flood of Noah’s day. Why? The size of nostril would not have allowed enough air to pass through in today’s environment! It might be compared to humans trying to breathe through a straw! 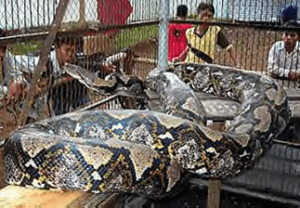 This HUGE snake was captured and on display in Indonesia (2003), was reported to be 49’ long and nearly 1000 lbs. However, Snopes reports that it was actually measured at 21-23 feet long. The two largest snakes on record are pythons and anacondas, the longest (a python) being measured at 33 feet. What about THE biggest snake EVER? Fossils of a snake nicknamed “Titanoboa” reveal an estimated length of 43 feet and 2500 lbs.! (Click here for more.) 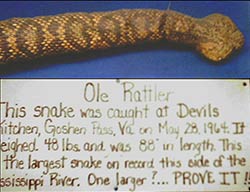 Consider this idea about humans and snakes:

“The majority of people claim to have a loathing or dislike of snakes. Why? … recent scientific study concluded that fear of snakes is evolutionary, passed through the mammalian tree since the first mammals lived in a world dominated by reptiles.”

(This quote can be found here.)

So, we are to believe that our fear of snakes comes from when humans were ‘furry little mammals’ scurrying in fear to escape the tyranny of the dinosaurs?? How can anyone KNOW this? Answer: they can’t! It is nothing more than a guess based on assumption and a false belief that humans “evolved” over “millions of years.” Truthfully, there is NO scientific evidence for this idea.

Genesis 1:31 And God saw every thing that he had made, and, behold, it was very good.

Snakes in the Bible...

Genesis 3:1
Now the serpent…said unto the woman, Yea, hath God said, Ye shall not eat of every tree of the garden?

Satan was allowed by the Creator to use the serpent in a unique way, and he spoke to Eve a question that created doubt in what God had clearly said. This is his first step, to cause people to doubt God’s Word and His character (“you will be like Him—He’s holding something back from you”).

Satan’s next step was to out and out deny what God had clearly said. After he has sown a seed of doubt, he is ready to sow a big lie. He even used the same terminology that God had used, “surely die.” Satan is the “father of lies.”

John 8:44
(Jesus to religious crowd)
“Ye are of your father the devil ... When he speaketh a lie, he speaketh of his own: for he is a liar, and the father of it.”

The final step of the devil was to offer Eve godhood status, or to deify her. He is still using this bold offer in a belief called Mormonism, which is a system of belief in which people can become “gods” as they follow Mormon teaching. (Click here for more on those beliefs.) The fact is that we are created by one, all-powerful God and we cannot earn godhood as Satan tempted Eve. In fact, Satan used the Hebrew word elohim which is one of the names of the Creator, but we see a small “g” in “gods.” Satan was speaking and holding out to Eve the possibility of becoming like the one true God. If there is more than one god, then neither has all authority! This is why the word ’gods’ is not capitalized. 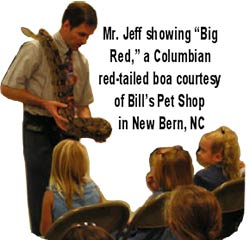 If God made everything “very good,” why are there poisonous snakes? OR, why would there be violent snakes? Boa constrictors and pythons kill their prey by wrapping around it to constrict (squeeze) it while other types of snakes (e.g. rattlesnakes, copperheads) use needle-like fangs to inject poison (venom) into the victim before eating it. The video clip (right) shows a Columbian red-tail boa constrictor getting a rat! What is “good” for the snake (its next meal) is not so good for the rat! 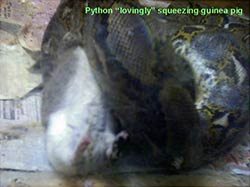 If God made everything “very good,”
Why do bad things happen? 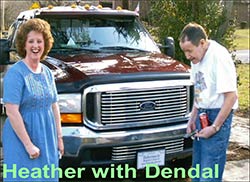 If there truly is a good and holy God Who is over all and in control of all things, why do bad, even terrible, things happen on earth? That is a very good question! In fact, we had a friend who claimed that he could not believe in a God because of the “bad things” in the world, things such as death and disease. His name was Dendal, and he died claiming to be an atheist. More and more, we need to show that a good and holy Creator exists but that He must judge sin.

Why do bad things happen? 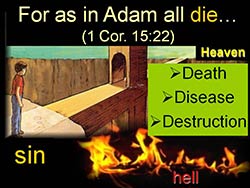 First, “bad things” are a result of our sin against God beginning with the first man, Adam, who disobeyed God’s rule not to eat of the Tree. 1 Corinthians 15:22 ties death (i.e. “bad things”) to the very beginning. Eternal death in hell is referenced in Luke 16 and John 3:16:

“For God so loved the world, that He gave His only begotten Son; that whosoever believeth in Him should not perish (i.e. everlasting death), but have everlasting life.” (John 3:16) 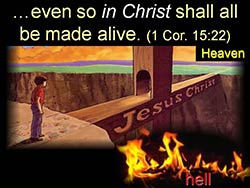 Second, our sin against the holy and just Judge, the Creator of all, must be punished. A just judge cannot allow crime to go unpunished. Death, disease, and destruction are all part of the just judgment we all deserve for our sin.

“For the wages of sin is death, but the gift of God is eternal life through Jesus Christ our LORD. (Romans 6:23)

Third, the GOOD NEWS is that our crime against the Creator can be TOTALLY forgiven, IF we come the way the Creator has established. He Himself came to earth as man, the God-man: the LORD Jesus Christ. He allowed sinful men to place Him on the cross and kill him; then He arose victorious over the grave, proving His power as Creator! If we with all our hearts trust His work on the cross for us, we can receive His free gift of salvation!

“For whosoever shall call upon the name of the LORD shall be saved.” (Romans 10:13)

What’s GOOD about the serpent?

What’s BETTER about the serpent?

God is omnipotent (all-powerful) and has power over the Devil. He will banish him for a thousand years! Oh, that this imprisonment began today!!

What’s BEST about the serpent?

“He is despised and rejected of men; a man of sorrows, and acquainted with grief: and we hid as it were our faces from him; he was despised, and we esteemed him not.” (Isaiah 53:3)

In using the snake, He elevated it to a status higher than any other animal, as the snake is in the most familiar Gospel passage in the entire Bible!

In our sinful condition, we too are “despised and rejected” in the sight of a holy God Who is just, and pure...and cannot even look on sin.

…the Creator entered humanity in the "likeness of sinful man" to become sin for us! He was “despised and rejected” of men on our behalf (Isaiah 53:3)!

Why did the Creator become so low as to give His life on the cross?

"For Christ also hath once suffered for sins, the just for the unjust, that he might bring us to God, being put to death in the flesh, but quickened by the Spirit:" (1 Peter 3:18)

"For he hath made him to be sin for us, who knew no sin; that we might be made the righteousness of God in him." (2 Corinthians 5:21)

The LORD Jesus Christ became SIN in our place!

He Who was the perfect and holy Creator of all things became “despised and rejected” as He took our place, paying the awful and dreadful price for our sin! In so doing, He made it possible for us be placed higher than anything else in His creation:

“But as many as received him, to them gave he power to become the sons of God, even to them that believe on his name:” (John 1:12)

Are YOU one of HIS children? By birth, we are born into the family of “that old Satan, the Devil” (Revelation 12:9 & 20:2; cf. John 8:44). However, through faith in Christ alone, you can become a child of the Creator! For more on this decision, feel free to contact us at: creationfamin@yahoo.com