It's a Jungle Out There! 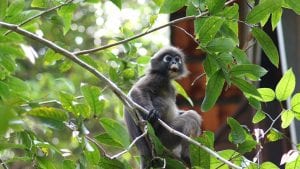 Rainforests (also called “jungles”) are forests that have high amounts of annual rainfall. A jungle is defined as an “impenetrable equatorial forest.” Tropical rainforests have been called the “jewels of the earth” and the “world’s largest pharmacy” since over one-fourth of natural medicines have been discovered there. They also supply 28% of earth’s oxygen. There are different types of rainforests, such as mangroves (from a Portugese word, mangue) which are characterized by distinctive roots that spread out into the water. This type of rainforest is found on coasts and river banks from Florida to Vietnam.

Flooded forests are forests that can be flooded by heavy rains for short periods of time or for up to 11 months each year!

Montane (“high land”) forests often are characterized by heavy mist and are found in places like Costa Rica and Puerto Rico. As the elevation increases, the climate becomes more harsh.

Lowland Rainforests have high rainfall and humidity all year and are characterized by 2 seasons: dry and wet.

What is the largest rainforest in the world? The Amazon of Brazil (also called “Amazonia” or the “Amazon Jungle”) covers over 2 million square miles of territory belonging to nine nations! The Amazon River runs through it and is the second longest river in the world (about 4000 miles; the Nile is the longest). Because of the amount of rainfall it receives, the river rises more than 30 feet each year and supplies 20 percent of earth’s fresh water. The width of the Amazon reaches 30 miles during the wet season and about 6 miles in the dry season; hence, it is called “The River Sea.” 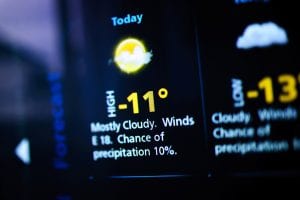 “Global Warming” (a term that was changed in recent years to “Climate Change” or “Global Climate Disruption”) is a term that represents a belief placing human beings as a major cause of many negative effects in the earth, such as drastic weather patterns (and resulting devastation, e.g. flooding or hurricanes) or an alleged lessening of the protective ozone layer in earth’s atmosphere. While these effects may very well be true and undisputed, the question remains: are humans responsible for global warming? What should those who believe the Bible do about this issue? Is “global warming” settled science that must be heeded, or should we just throw caution to the wind?

The global warming / climate change issue is not a simple one and it does deserve some serious thought.

First, what exactly is “global warming” (aka “climate change”), since the weather changes every day...every month...every season...every year? There are a myriad of types of climate around the globe. However, since records have been kept on this particular subject, it has been shown that earth’s temperature has been rising over the past 30 years. While the actions of people can and do have an affect on environments in local areas such as large cities (e.g. traffic smog), are we certain that the scientific data shows that those effects around the globe combine to produce changes globally?  Are we sure that “global warming” is our fault?

Second, we must remember that events in nature such as volcanoes greatly alter earth’s atmosphere much more than human activity could ever accomplish with car exhaust or fluorocarbons.

Third, the most logical cause for global warming may be overlooked: the sun. Could it be that more heat from the sun due to cycles of increased sun spots, has warmed the earth at certain times in its history? In short, periods of higher and lower temperatures coincide with cycles of sun spots (Click here or here for more) that are linked to higher temperatures on earth.