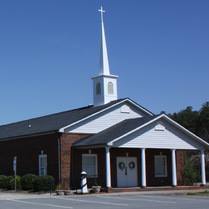 This unique post is shared as a Biblical response to wrongdoing, taken from the examples given to us in the Word of God, namely the writings of apostles Paul and John.  This poem is an accurate representation of what actually happened in 2020, and we sincerely care and pray for the individuals involved.  We read in the Word of God (Ephesians 4:15) “But speaking the truth in love…” Sadly, this is often not followed by those who claim to know Christ and say they believe the Bible. The situation described in the following poem illustrated in a poignant way what we’d covered on Facebook Live in a 2-segment series entitled “Hierarch Hype” and “Handling Hierarchy Hype.”  It is our prayer that the people “in charge” as leaders among the people of God will truly see themselves as servant-leaders and not “lorders” over God’s heritage (His people).

1 Peter 5:3 – “Neither as being lords over God’s heritage, but being ensamples to the flock.”

Too often in modern religion, we have a business-type setup that places a single individual “in charge” like a CEO or president of a corporation.  Such is not according to the design of God expressed in His Word.

To Whom It May Concern:

Since 2000, Jeff and Heather Setzer have served in a ministry that focuses on the foundation of all things: creation.  Entailed in this work is the need to address true science, physical evidences, warnings of evolutionary ideology, and comparisons between creation and evolution, as is referenced in the constitution of Gospel Light Baptist Church (pg. 3-N).  With such an apologetics approach applied to the Bible version issue, there needs to be an examination of different angles of this critical issue, since it is the Word of the living God.  A few years ago, Jeff was given an opportunity to minister at Gospel Light in a series of lessons during Sunday school in December of that year.  Since he had fresh material on the subject of textual apologetics that he’d incorporated into their “Jungle Tales” creation theme the previous summer, he found it appropriate to begin a “These Are The Words” series on December 8, 2019, a focus on WHY we use the King James version of God’s Word. This was chosen particularly since the church stands for this version.  As he shared information for the average person in the pew, one of the things he communicated was that 90% of extant (existing) Greek manuscripts form the text from which the King James version was translated (e.g. the New Testament). However, he was not allowed to finish the series, as the pastor without any explanation came by the Setzers’ RV the following Saturday to instruct him not to continue the series.

The purpose of this blog addendum is to address the two main allegations which were referenced in a letter that was sent to the mission board of the Setzers, Baptist Home Missions, a letter that notified BHM that because of the concerns GLBC would no longer support the Setzers.  This letter was sent without any notice to the Setzers.  The letter alleged that:

Since the Setzers on Saturday, April 11, 2019 were approached and instructed to remove all stored items from the church building, and were without discussion told to move their trailer/home from the property, it is necessary that some pertinent questions be made public about this matter.

In short, there is ample and overwhelming evidence that the Setzers through the years have stood for the King James version of the Bible, God’s Word, and that they seek to help others hold to it with knowledge and understanding of its value and accuracy, characteristics that have fortified it through more than 450 years of attack.  Anything that states otherwise is just not true.

Proverbs 18:13  “He that answereth a matter before he heareth it, it is folly and shame unto him.”

Mathew 18:15     “Moreover if thy brother shall trespass against thee, go and tell him his fault between thee and  him alone“

In keeping with the previous mentioned lies was yet another one that was told to Jeff firsthand by the pastor himself in front of another church member, after church during a meeting about the aforementioned Sunday school lesson.  When Jeff asked why he didn’t speak with him about the issues before a letter was sent to their mission board, he replied, “You weren’t here.”  However, the Setzers were present the next few weeks since they were living in their rig on church property, and were in the next few Sunday services in December as Mrs. Setzer practiced with and voluntarily played the piano for the church Christmas program.

In short, it is with great sorrow and a sense of shame for this small assembly of believers that we share this exposing addendum, taken from Scriptural examples of ones whose behavior needed to be exposed and rebuked:  Alexander the coppersmith (2 Timothy 4:14, 15) and Diotrophes (3 John v. 9-11).  It is our prayer that the LORD will undertake to do what needs to be done in this assembly for His honor and glory.