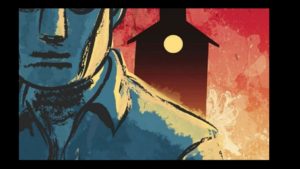 I recently saw this post on Facebook, which on the surface sounds good. However, when I thought about it and read it more closely, I realized that there was little, if any, Scriptural basis for the piece. There absolutely is NO Scripture quoted in it! I later thought: “This is an excellent illustration.” “How?” one may ask.

Well, with our work emphasizing the foundation of all foundations, creation; and with everyday issues needing solid Biblical answers, issues such as racism, abortion, homosexuality, transgenderism, and so many more; we need to hear what “Thus saith the LORD.” Such answers are far from being given in our churches today! Though sounding legit, the piece referenced above was all MADE UP by a pastor! While portions are indeed truthful, or should be true, such as “he is bothered by the sinfulness of the times,” the piece is all written from the standpoint of a solo-pastor where the focus is all on one man in an assembly.

“…When ye come together, every one of you hath a psalm, hath a doctrine… tongue… revelation… interpretation. — Let the prophets speak two or three, and let the other judge.” (1 Corinthians 14:26b, 29)

To be blunt, I have NEVER, EVER been in a church assembly where two or three preachers gave a message and then the others “judged” (discerned, tested what was said). It is unclear whether the “other” (the plural of the Greek word ALLOS) refers to the two other “prophets” (plural) in the assembly, whether it refers to the others of the gathering, or both the two other prophets AND the rest of the assembly. Either way, such a meeting to my knowledge never occurs in our modern church assemblies. Usually, a CEO-type individual who has an assumed “pastoral authority,” a concept or term nowhere found in Scripture, stands to speak from a pulpit to an assembly, often things that arise from his own mind while using the Scripture as a spring board, a pretext to say pretty much anything he wants to say. Such is dangerous and akin to what God calls “wresting” the Scriptures:

“As also in all his epistles, speaking in them of these things; in which are some things hard to be understood, which they that are unlearned and unstable wrest, as they do also the other scriptures, unto their own destruction.” (2 Peter 3:16)

May we be people of the Book as were the Bereans, who “searched the Scriptures daily, whether those things were so.” (Acts 17:11) I invite anyone to search this Brother’s blog post on what goes on during a sermon, for Scriptural confirmation that such actually goes on solely during the assembly message. Please contact me with comment. I’d really like to know where all of this comes from in the Bible. Thanks!