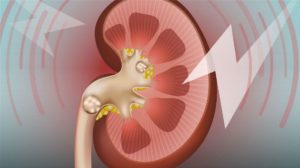 How would you like to help your kidneys, perhaps even head off a bout with stones? I’m told that the pain is akin to childbirth!!  Wouldn’t it be MUCH better to NOT deal with an issue in the first place, as opposed to working to get rid of or handle it once you have an issue?  Ah HAH!  Makes perfect sense.  I mean, why do we change the oil in our vehicles??

Anyway, as I’ve mentioned in our background, we came in touch with “Dr. Brenda” sometime in the years of 1994-1997 when Heather and I were serving in an assistant pastorate at Faith Baptist in Shelbyville, TN.  Through Heather’s mom meeting Brenda at church, we learned of a natural product that eradicated Heather’s issue.  What we saw firsthand help an issue was the first step in “seeds” being sown in our minds that ended up resulting in us asking ourselves “What else is there to help us in our average, everyday issues?”

Over time, I don’t recall the actual year, as Brenda would ‘read’ our eyes (sclerology), she would tell me that I needed to drink just water and avoid all soft drinks, tea, and coffee.  While I listened to her with interest, I didn’t really take the instruction seriously.  I would cut back on my intake of the dark beverages such as Coca-cola, and choose Sprite instead.  A scary incident with drinking tea helped me avoid that source of caffeine at least after 9 pm.  We were in UT at the time, and I’d had a full glass of sweet tea that night.  I awoke at exactly at 3 am with my heart pounding so fast that I could not detect an individual beat!  I even thought to call 9-1-1 but when I sat up to do that the condition got worse!  So, I lay back down and waited it out.

Later that morning, I called our family doctor in TN and left a message, thinking all along the incident was related to the caffeinated tea I’d had.  So, I tried a little experiment.  That next evening, I drank a half a glass of tea.  Sure enough, I awoke right at 3 AM on the button with heart pounding just as before.  Hence, I knew the issue was caffeine, which IS a drug, BTW.

Some years later after that incident in UT, I developed a pain in my back.  Thinking it was a structural issue, I mentioned the issue to our naturopath and she asked where the pain was located and pointed to he area.  She said, “That’s where your kidneys are located!”  So, what she’d been telling me for quite some time from the sclerology was showing up as obvious symptoms in my body.  So, she began a protocol of herbs for me to begin taking.  One of the first ones she had me on is hydrangea.  Yes, the flowering bush that is common at homes!  Later, a compilation of herbs called Kidney Edge and then Kidney Support are products that I use regularly, especially after I’ve “been bad” and drink a sip or so of coffee, regular tea, or soft drinks.

A few years ago, we were able to have as a guest speaker “Dr. Brenda” for one of our Health Matters creation fellowships.  That was a special time since she is a busy stay-at-home mom of 4 great kids, and cannot  get away for speaking engagements.  At the end of her presentation, we had a Q&A time during which someone asked about kidney stones.  At that time, the pastor of our former church, Scott Hooks, was in great need with kidney issues and was scheduled to have surgery the following Monday!  As a result of the answer to the question, Mrs. Hooks came over to our RV parked behind the church and got some of our Kidney Edge to help Brother Hooks.  We told her to have him take it as needed up to every 15 minutes!

Well, as the LORD would have it, Scott was in the hospital preparing to go through with the surgery when he passed the stones!  Hence, he didn’t have to have the surgery!  I don’t know if they told the doctors what he’d been taking, but we seem to recall hearing from someone (we’ve slept since then, so memory is kind of fuzzy) that the doctors didn’t like that he’d taken the KE.  I wonder why! LOL

My brother, Randy, has also been helped with KE (Kidney Edge) when he had kidney stones.  When he got them again, I asked him if he’d been taking KE and he said, “No.”  I gently told him that he needed to be on that regularly.

So, I’d much rather deal with an issue early rather than late when it may be extremely difficult to handle.  I have on hand both Kidney Support AND KE to aid when my body feels the need or, as I said earlier, when I cheat a little! 🙂  We purchase KE here and KS here from Nutritional Resources and use as needed from time to time, more so if pain has developed, and at least twice a week for maintenance purposes. Of course, each person has his or her own individual strengths and weaknesses, and it’s best to consult with a licensed naturopath who is adept at what they do!