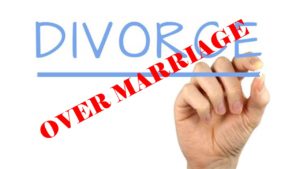 Let me begin with a little background.  We began Creation Family Ministries in 2000 after approximately 4 years’ preparation.  This was a result of having been introduced to creation science ministry during the time Heather and I were serving at Faith Baptist in Shelbyville, TN. What we heard then were seeds sown that later germinated when we began travelling in evangelism. 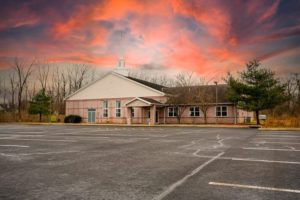 After we moved to North Carolina to launch into missionary evangelism, the first church that took us on for support was a church that became close to our hearts, though far in distance!  Faith Baptist of Toms River, NJ was pastored by Joel Spiecker, a teacher I knew from my high school years at Tabernacle Christian in Hickory, NC!  Even before Heather and I were married, Brother Spiecker had provided me some of my first VBS opportunities as a single young man when he had me come to NJ to minister.  In fact, we were only 10 days married when we traveled there to serve in a youth all-niter!  What an adventure that was as we were involved in a bang-up with a transfer truck on our way! 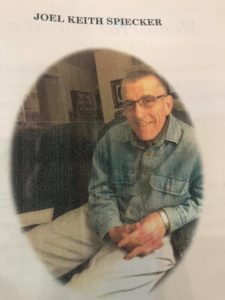 In addition to going to this church with the Kistler family for a revival meeting that always was scheduled around Easter, Heather and I would serve a couple years at Faith in both the revival AND VBS which was just a month or so later!  Over the years, we had quite the history with Faith Baptist in Toms River and we grew to know the very well…until 2002.

We’ll never forget our last year there.  It was our Secrets of the Sea theme, and they unusually had someone else serve as VBS director.  This was in addition to bringing us in.  We recall thinking, “If they wanted someone else to direct, why did they bring us all this way?” It had become a part of our annual itinerary to schedule our summer around the trip to NJ, and VBS there had become standard fare with both us and them knowing what to expect.  Brother Joel and I shared directing responsibilities…until 2002.

Why were things so unusual that year?  The December beforehand, Brother Joel called (as he did every year) to ask about our support level so that he could wisely report our financial status to the church family.  2001 was no different…until we received a follow up call.  I’ll never forget how tentative and unsure he was of his words during that second call … with lots of “him-hawing around,” you might say.  I remember him telling how a deacon in the church had asked him about our stand on marriage, and why Faith supported us financially even though they held a different position.  A fair enough question.

However, instead of Brother Joel saying that Faith doesn’t officially represent the Setzers, he told the deacon that he’d check with us on the matter.  Over the succeeding months, we had lengthy discussions by email and by phone over various aspects of the Scripture regarding marriage, divorce, and remarriage.  At one point, I suggested that Brother Joel issue a questionnaire to all the missionaries that Faith supported, so that we wouldn’t be singled out.  He agreed.  I remember that the questionnaire was blatantly biased, as it had a single line to answer a question that HE knew was from a point of disagreement that we’d had.  While I do not recall the specific question, I do remember that I had to use the back of the sheet to elaborate my answer.  It was NOT a simple yes-or-no answer!

All things considered, two main things the church requested of us in order for them to continue supporting us:

Of course, we could not agree to those stipulations as we firmly took that stand, and still do.  It clearly is Biblical, especially in light of passages such as Romans 7:2-4.

In short, we anticipated the end result of months of communication would not be positive.  So, after being the first church to take us on for support and after supporting us for approximately 5 years, the church stopped support financially over the issue of marriage.  What’s more, though we’d served in VBS and revival ministry there for a number of years, perhaps 11 in all, we were no longer invited to come.  It is as if we disappeared off the face of the earth!  It also was odd that Brother Spiecker, prior to us coming for that last VBS, contacted us beforehand to stipulate that I not speak on the King James issue or the issue of marriage.  This assertion was especially curious since I’d never, ever spoken on those subjects there at any time in the past!

Over the next several years, we continued serving in creation ministry, slowly recovering the  cut in monthly support, as I worked flexible, odd jobs during the school year.  At some point, after years of shoving the issue to the back of my mind, I came to realize that I’d developed a grudge (Matt. 5:23; Mark 11:25) against Brother Spiecker over the entire situation.  So, one day I called him to apologize for the grudge I had and to ask for his forgiveness, and he forgave me.

Things continued for a few more years with little to no communication with Brother Spiecker or anyone else at Faith, the only information coming from Facebook.  A few years later, we learned that Brother Joel had been diagnosed with leukemia, so we began to remember him in prayer, along with his wife and the church family.

A few months later, we received a call from an unknown number, an area code that I thought I recognized as a NJ number.  Since we regularly receive “robo calls” from unknown area codes, I didn’t answer my phone.  However, it was Brother Spiecker who left a message that he wanted to speak with us.  We quickly returned the call to learn that he wanted to confess that, though he’d said that he forgave me years earlier when I confessed the grudge, he hadn’t really done so from his heart.  So, this time he called to apologize!  We of course forgave him and had a sweet reunion time over the phone.  The next few months, the only communication we had was through Facebook as we kept up with his battle with leukemia.

Now with His LORD whom he served so faithfully, Brother Joel left us an example of foundational issues relating to the modern view of pastors and church leadership, an erroneous view which I myself held at one time.  Though a very kind man whom I considered a genuine friend, when he called me to confess the lack of forgivness from his heart, he expressed that he had had a mindset of trying to make me believe like he did, which is a way of thinking that is contrary to Baptist belief.

For a church to maintain Baptistic principles, one of the Baptist distinctives (corresponding with the “I” in an acrostic) is individual soul liberty, which means that each individual as a child of God is responsible directly to Him.  Though this distinctive is oft stated in doctrinal statements or sermons, this freedom is hampered practically by tradition.  One of those traditions is the unBiblical solo-pastor view that we’ve addressed at length in other blog posts.  This view places a single individual in a CEO or presidential-type position ‘over’ others, in contrast to what the Scripture actually teaches in passages such as 1 Peter 5:3 or Acts 20:17.

In 2022, we were blessed to reconnect with a dear friend we had when we were blessed to serve in Toms River:  Brother Bill.  At the time, Bill and his sweet wife would have us over for a meal when we were serving at Faith, and they had their daughters attend VBS.  It was a curious thing to us at the time why they weren’t regularly attending Faith.  Come to find out recently, Brother Bill had been a member there and was even the adult Sunday school teacher.  One Sunday, he made some comments about the King James version of the Bible that didn’t comport with the belief of the pastor.  Bill made the comments not knowing the church’s position on the text of Scripture and admits today that the comments were unwise.  However, the response of the pastor and two deacons was over the top!  According to my friend, they called him in to the church office and asked him to leave the church!  As of this writing and to my knowledge, nothing was ever done to rectify the situation.

In our case, adhering to one-man, one-woman, one-flesh marriage cost us this supporting church and the annual opportunity to see dear friends.  The pastor as CEO/“gate-keeper”/president-of-a-corporation is unequivocally antithetical to the God-given role of a pastor as a SERVANT.  This role is addressed at length in other blogs, but suffice to say we see a glimpse of it in the word “visit” of James 1:27.

“Pure religion and undefiled before God and the Father is this: to VISIT the fatherless and widows in their affliction…” (James 1:27)

The word “visit” is a verb that is the same word as the noun “overseer” is translated (e.g. Acts 20:28 “over the which the Holy Ghost hath made you overseers…).  Literally, the word combines a preposition and a verb to mean “to scope upon.” In short, the role of a pastor is to “scope upon” the needs of a group in order to meet those needs.  God did not design pastors to be “at the top,” but to be serving “at the bottom” just as Jesus Christ Himself exemplified when he took a bason of water and washed the feet of His disciples (John 13:5-17).

Though we still would love to be in contact with the Spiecker family and other folk there at Faith, what we my friend went through was very much akin to “divorce” –unBiblical divisions that should never have happened.  From time to time, we recall with fondness the years of ministry and the friendships we had there.  However, the truth compels us to expose and repudiate divisive ideology that leads to unnecessary separation.  It is through blog posts like this that we seek to warn others of such, and work to heal such through “speaking truth in love” (Ephesians 4:15).  May Jesus Christ be praised!

“Am I therefore become your enemy, because I tell you the truth?”  Galatians 4:16