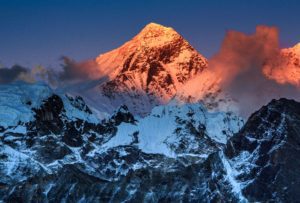 Did you know that the highest point on earth is Mt. Everest?  Did you also know that fossils of marine life has been found there?  Check out this History Channel documentary (10:45 mark) for information on rock samples that were taken from the top of this mountain in the Himalayas!  While the narrative references the finding of sedimentary rock and fossils of sea lilies as “mysteries,” to the Bible believer this is no challenge!  The Bible tells of a global flood during which “all the high hills were covered” (Genesis 7″19)

(Gen 7:19) And the waters prevailed exceedingly upon the earth; and all the high hills, that were under the whole heaven, were covered.

While some who claim to believe the Bible think of Noah’s flood as a made up story, evidences such as these findings on Mt. Everest are exactly what we’d expect to find!  Canyons, rock layers, fossils of sea creatures at high elevations…and more are consistent with the flood account of Scripture.

While an increasing number are rejecting the Bible and choosing the pseudoscience called “evolution,” physical evidences such as these rock samples… 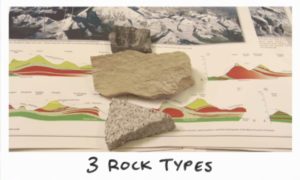 …contained marine fossils such as this: 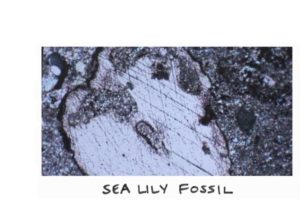 While the one who has his mind made up that a global flood was impossible and just a made up story, physical evidence regularly confirms the Bible to be true!  While that individual may not take the evidences seriously, there are untold numbers of folk who are “on the fence” and are truly open to the fact that the Bible actually has evidence!  THINK about it!